If you love classic cars such as the T-Bird, 57 Corvette or the Ford Model T then you can show your passion off by adorning your Christmas tree with some of the amazing classic American car Christmas ornaments that are available.

These Christmas ornaments also make great gift ideas for car enthusiasts, I know it’s the only classic car I can afford to get for my hubby!!

There are quite a few to choose from, so let’s take a look at some of them –

Henry Fords classic Ford Model-T could be brought in any color you wanted as long as it was black!

This classic car started the assembly line process and the idea that a car could be affordable for people to own………I wonder if he could have imagined the two car households which seem to be the norm today? 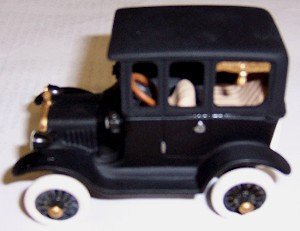 This beautifully detailed replica of the Ford Model T will be a great addition to any Christmas tree and you’ll even find that the wheels turn!

Another classic Ford was the 1931 Ford Model A Roadster and this Christmas ornament is a great replica to hang on a collector’s tree. 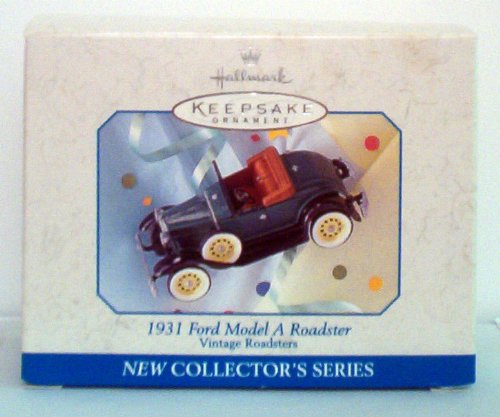 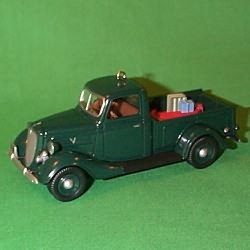 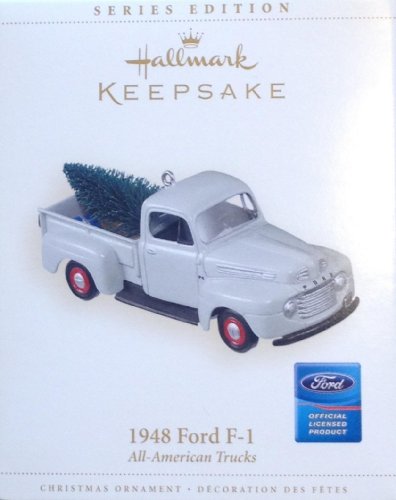 A 1955 classic is the Ford Thunderbird represented in this Christmas ornament. Known affectionally as the T-Bird this classic car always appears at any classic car show.When I see a Ford Thunderbird I’m always reminded of the Beachboys classic – Fun, Fun, Fun……you must know the line I’m talking about ‘…..she’ll have fun, fun, fun til her daddy takes the t-bird away…’ 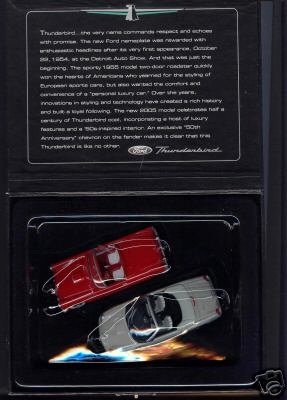 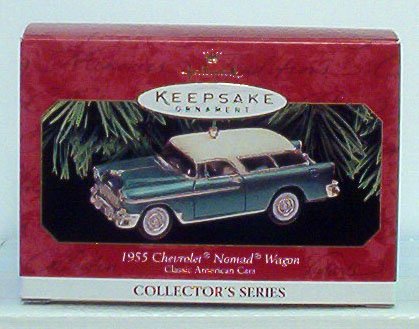 The 1956 T-Bird makes a great Christmas ornament for any car collector. The second version of the Ford Thunderbird pops up quite often in pop culture – Suzanne Somers drives a white 1956 Ford Thunderbird in the 1973 movie classic American Graffiti. 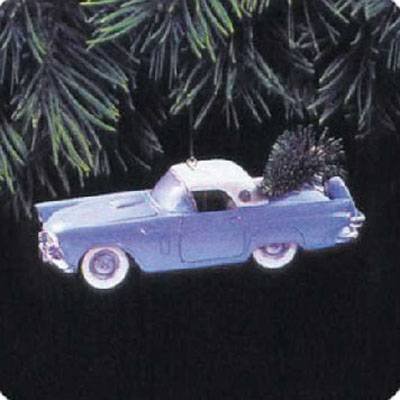 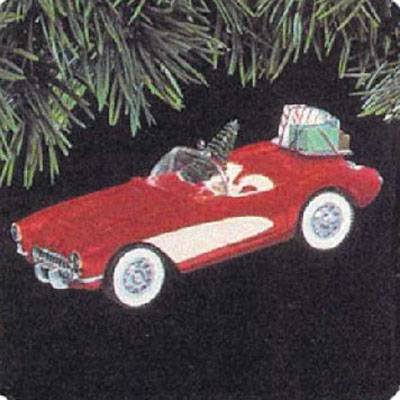 Now I’ll let you into a little secret, I’m not really into cars very much – classic or otherwise, but I would love a red corvette like this Christmas ornament, mind you if Tom Cruise can only get a 1958 Corvette I very much doubt I’ll be able to own a 57 one!!!!

Not only would this be a great gift for a classic car enthusiast it’s also a ‘different’ gift for a Prince fan in honor of his hit Little Red Corvette (sometimes the best gifts come from thinking outside of the box!)
&mbsp; 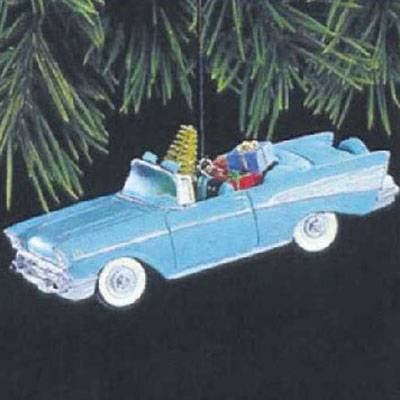 The long sleek shape of the Ford Fairline is a classic – it’s actually the first hard top convertible that seemed to work. 1957 was also a great year for Ford as a company as it outsold Chevrolet for the first time in decades so this car Christmas ornament is not just great for classic car buffs, but also for Ford supporters (such as my hubby). 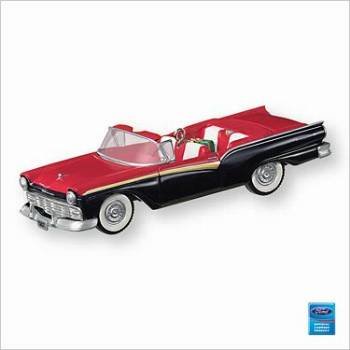 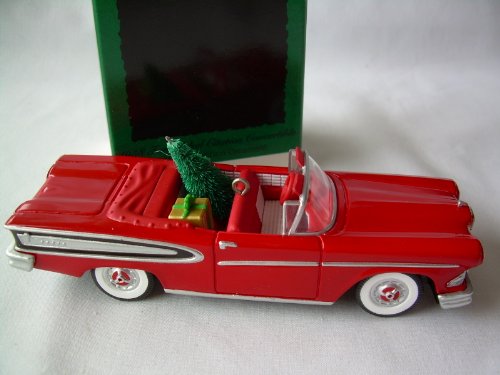 Now if you’re going to have a Cadillac then pop culture dictates it has to be pink! Think Elvis, Springsteen, Aretha Franklin and many more!!!! This pink Cadillac Christmas ornament would look great on anyones Christmas tree.

The Cadillac De Ville became Cadillac’s most popular model by 1961 and is mentioned in several songs from Eddie Cochran to Meatloaf and Kings of Leon. 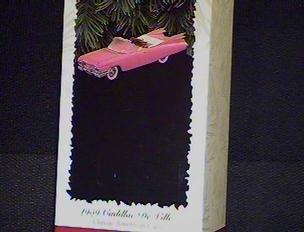 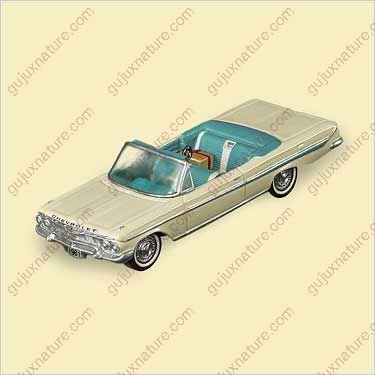 Another Ford Thunderbird that has acquired a reputation as one of the soundest classic car investments. Ford produced 455 of these models in 1963 in an attempt to bring back the two seat T-Bird.

If you know someone who favors the 63 T-Bird Roadster then this Christmas ornament is a definite must have for them. 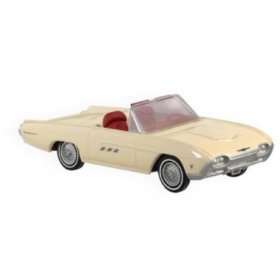 The 1964 Pontiac GTO was the pioneer of the muscle car and so is extremely popular with a lot of classic American car buffs and even just people who appreciate cars and car history. This Pontiac Christmas ornament would be a great gift idea for any ‘rev head’ who likes their muscle cars as well as a classic car buff. 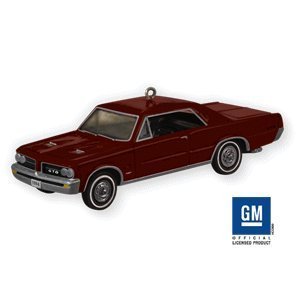 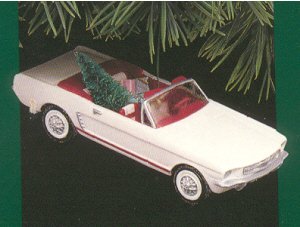 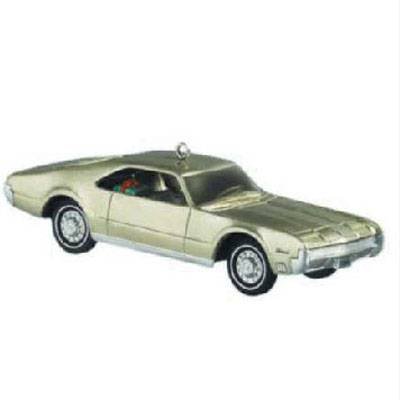 The classic Pontiac Firebird is available in two different colors as a Christmas ornament. The original Hallmark ornament was produced in a turquoise color, but a later version was released as a ‘repainted’ Pontiac Firebird in white.

I think the white Pontiac with the trim looks better on a Christmas tree, but if you like your Firebird turquoise then you have the choice………or you could buy both! 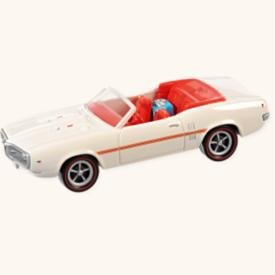 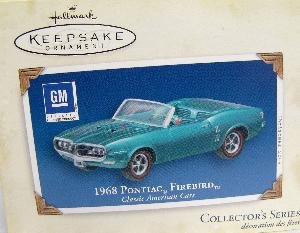 For some reason this is one of my hubby’s favorite classic cars and if he ever sees one then I always worry that he’ll crash our car as he ogles it!!!! It seems like a great idea to get this Camaro Christmas ornament for him as I certainly can’t afford to buy him the real thing at the moment. 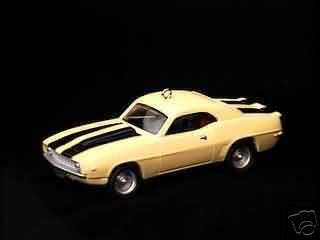 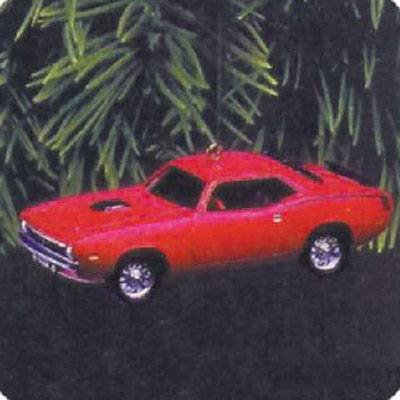 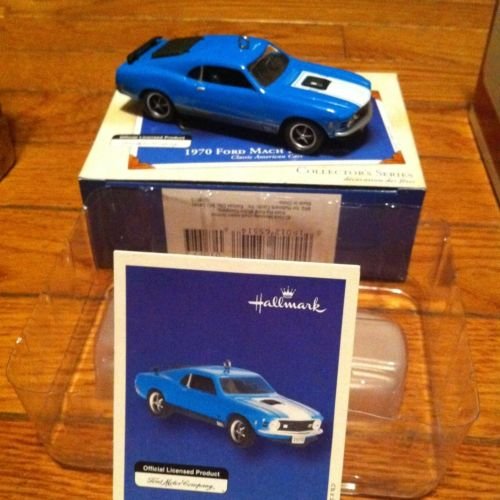 I hope I’ve selected your favorite here, as I’ve already said I would love a classic 1957 red corvette on my Chistmas tree……or in the driveway! I’m sure everyone checking this page out has their own thoughts on the best car represented here though.

If you can’t decide on just one of these classic cars then why not pay homage to America’s rich car history and decorate your tree completely with Classic American Cars Christmas Ornaments.   Not only will your tree look amazing it’ll also start some interesting conversations as you and your friends and family discuss which they think is the ultimate American classic car – everyone has their favorite!